Groundwater comes from rain and snowmelt that seeps into the ground. Gravity pulls the water down through the spaces between particles of soil or through cracks in rocks. Eventually the water reaches a depth where all openings in soil or rock are filled with water; this is called the saturated zone. The water in the saturate zone is called groundwater.

The top of the saturated zone is called the water table. The water table rises and falls according to the season and the amount of rain and snowmelt that has occurred during a particular year. In Oregon it is higher in the winter and spring, and at its lowest around October.

Note that bedrock below the saturated zone prevents the water from penetrating more deeply. 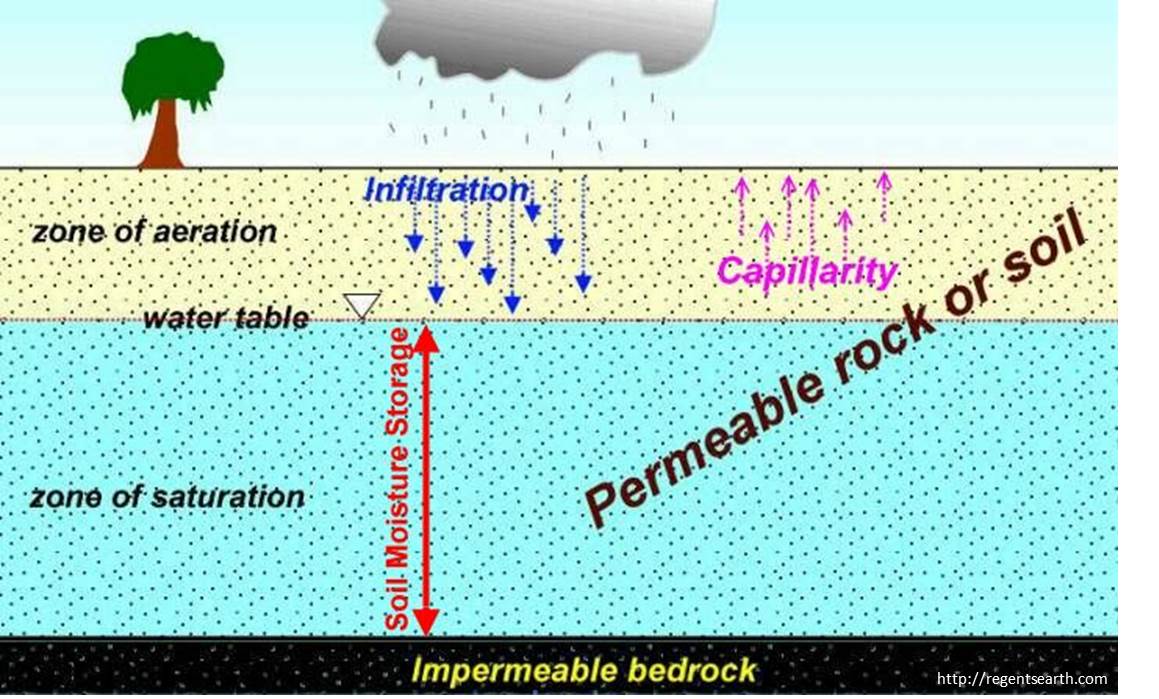 Water moves through spaces in soil and rock

Some layers of rock are so solid that they don't let water move through; this is called an impermeable layer. Others are very crumbly or have lots of big cracks. If the cracks are connected to each other, then water can move thorough the rock.

Permeability decreases moving left to right due to soil and rock type.

In Oregon there are three main types of aquifers:

This section, including most illustrations, was adapted with permission from "What is Groundwater?" by Lyle Raymond, Jr. (© Cornell Cooperative Extension, Cornell University, July 1988).